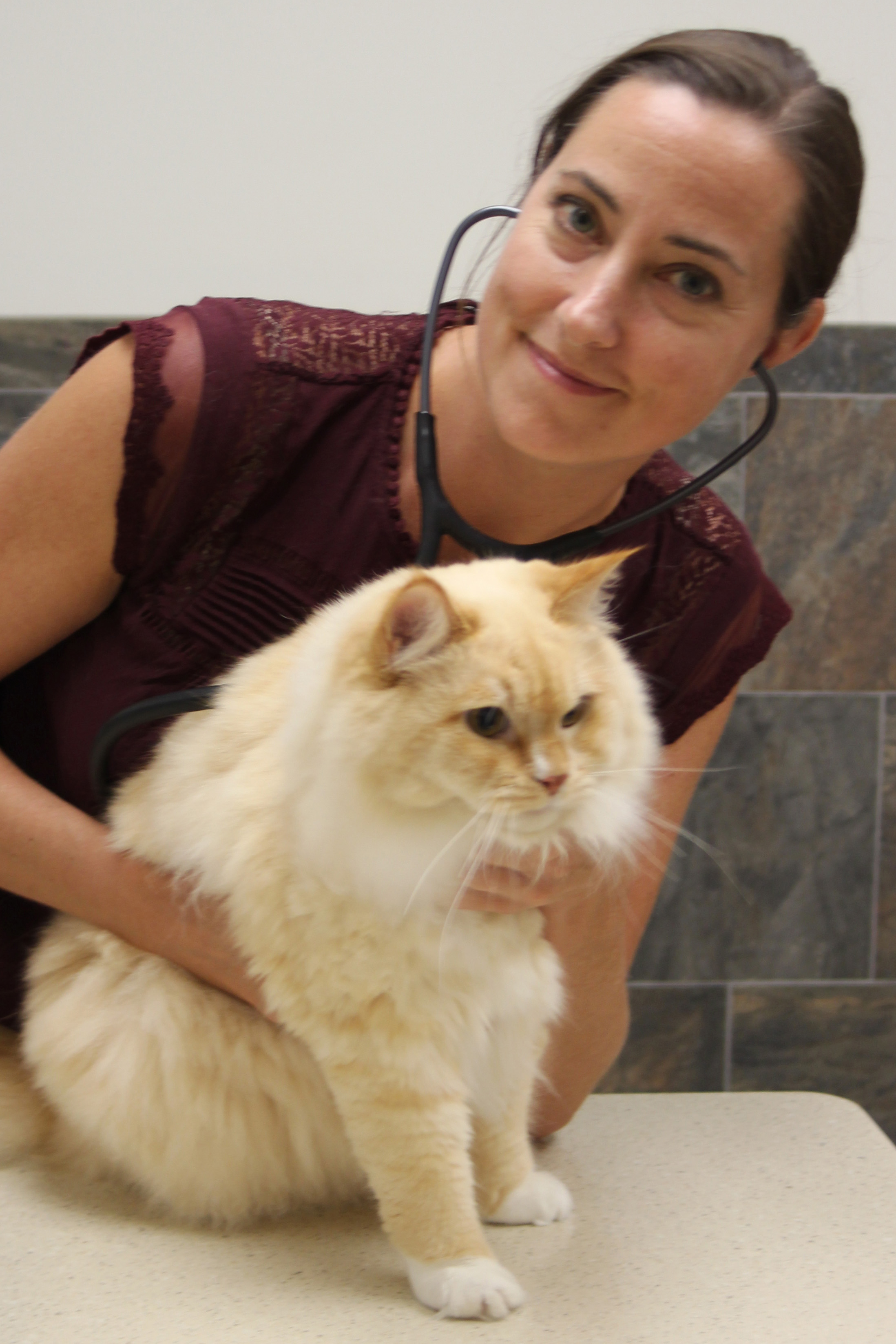 Dr Ashley has been with Four Paws Animal Hospital since October 2009. She completed her undergraduate studies at the University of Cincinnati before graduating from The Ohio State University College of Veterinary Medicine in 2003, one year after Dr Rich. She has wanted to be a veterinarian since she was 5 years old and considers it an honor to be able to see your pets.

Dr Ashley lives in Lebanon with her husband Greg Orosz, and her two children, Lily and Parker. She has two rescue dogs named Fergus and Cricket. She is a shameless cat lady and has 3 kitties named Mr Kibbers, Toki, and Momo. Dr Ashley has a soft spot for homeless and older pets. She thinks puppies are adorable, but there is nothing better than soft, wise eyes and a gray muzzle. She also enjoys traveling, yoga, and running after her children in her spare time.